Disappointing Q3 earnings hit the Splunk (SPLK) stock hard after the revenue missed expectations and YoY revenue growth. The revenue miss was attributed to a few “larger deals, high-seven-figure, eight-figure deals” not being closed in the expected quarter.

While a fall in revenue growth can quickly damper a high growth, high multiple stock, as it did last earnings with Splunk, we expect the disappointing result of last quarter to a be a onetime blip. At current levels, this seems like a good buying opportunity and with a favorable the risk/reward.

What Does Splunk Do?

Splunk (SPLK) positions itself as cloud “data-to-everything” platform. Splunk is a business to business software, used by IT, DevOps, Developers, Data Scientists, Security Ops amongst others to collect, store, visualize and report on data from various different systems. Splunk is well known and well respected in the industry and is a leader in their space.

Domino’s (DPZ) is a long time Splunk customer and is a company that has focused on becoming more of a tech company than just a restaurant chain over the last decade. Domino’s has a popular in-house pizza ordering and delivering system, and while we don’t know exactly what they use Splunk for, it’s not unreasonable to assume they are sending all of their order, delivery, franchise, server data to Splunk. Having all of these different data sources in aggregate may help the company identify abnormalities in their operations and be able to track and report on analytics such as changes in delivery times, outages, supply chain issues, and identify seasonal, geographical patterns in usage. 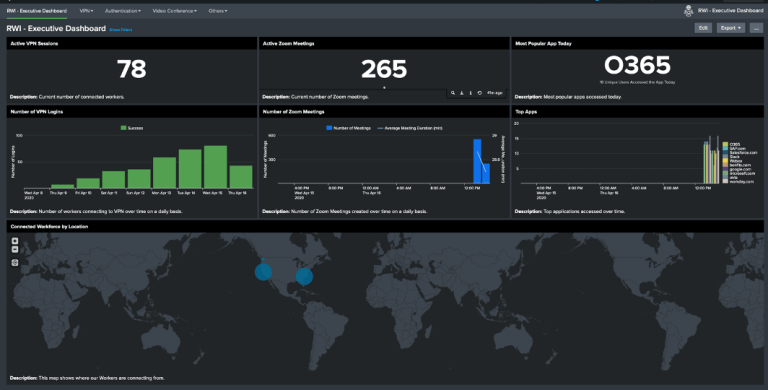 Comparing Splunk’s price to sales ratio to two other cloud, b2b cloud software companies, you can see SPLK has long been trading at a discount to MongoDB(MDB) and Elastics(ESTC), and has fallen further over the last several month. It’s now trading at just over 10x sales, which is on the lower end in the cloud software space — and likely due to the lower revenue growth rate, especially given last quarter’s results.

While all three are not yet profitable, Splunk also has had the largest EBITDA margin, a company’s profit as a percentage of its revenue, until just the previous earnings from ESTC, which is now at -19.77% vs SPLK’s -25.89 vs MDB’s -32.12%. Splunk was also just recently over taken in market cap size by MDB which stands at 23.26 billion vs SPLK’s 23.12 billion vs ESTC 12.05.

Business to business SaaS software sales which rely on several large deals a quarter to lock in new revenue, often have a difficult time predicting exactly which quarter a new prospect will sign on. When a larger company signs on to use a new software across the enterprise there is usually a need for a large effort to implement and roll out the new software and is usually a substantial cost for the organizations which need to be approved, planned and reviewed by legal before signing a contract. The larger the customer the more red-tape and process may exist, delaying the process.

Given this, we would expect that several of those expected Q3 deals moved into Q4, and we think it’s very likely they will beat the conservative expectations analysts set for this quarter. The stock is currently trading at an almost 35% discount from its 52 week high in September 2020 of $223.59 and if the Splunk management team can deliver and help push the revenue growth rated to previous levels we see plenty of upside ahead of Splunk. We also like that Splunk has very high institutional ownership, currently over 93%, however insider have less than 1% ownership which some mays see as a slight concern.

Overall, given Splunk’s solid product, wide adoption, and previous solid revenue growth we think the previous earnings report was likely an aberration and we see plenty of upside ahead.


This site references only our opinion and is for information purposes only. It is not intended to be investment advice. Seek a duly licensed professional for investment advice. Disclaimer: We are long SPLK stock and have long and short puts and calls in SPLK.